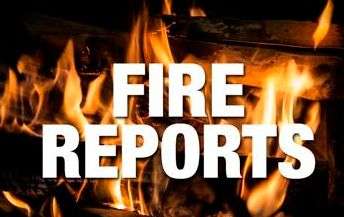 Two Alexander County homes were destroyed by fire in a span of four days. On Saturday (July 10), the Bethlehem, Wittenburg, and Ellendale Fire Departments responded at approximately 4 p.m. to a mobile home fire on Lail Lane in the Bethlehem Community. The single-wide mobile home was considered a total loss. An adult couple along with a four-year-old and a two-year-old lived at the residence but escaped. Two dogs died in the fire. The fire started in the kitchen but the exact cause has not yet been determined.

Last Wednesday (July 7), a single-wide mobile home on Fox Hollow Drive in the Wittenburg Community was destroyed in a fire. The Wittenburg, Bethlehem, Taylorsville, and Ellendale Fire Departments were dispatched at approximately 2:30 p.m. The home was occupied by three adults and a teenager. They were all unharmed. The fire was the result of unattended cooking according to the Fire Marshal’s Office. In both cases, the American Red Cross is assisting the residents.

Employees Of Business Charged With Theft Of Items, Jailed On Felony Counts