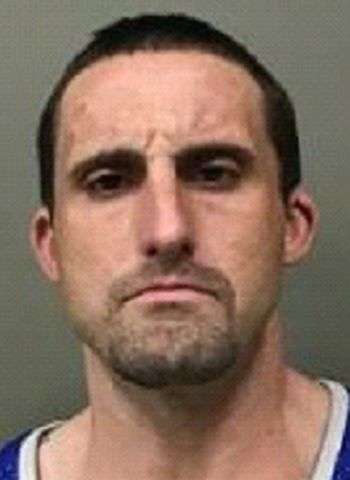 34-year-old Corey Allan Richardson, who is listed as a homeless person, has been arrested in connection to a burglary at a residence in northwestern Iredell County. He was charged with felony first-degree burglary.

Richardson was arrested in connection to an incident on March 16. Just before 1 a.m. on that date, the Iredell Co. Sheriff’s Office took a call regarding a burglary in progress at a church parsonage on Hill Farm Road. The victim said someone was trying to get into the house from the garage door. Deputies arrived, secured the scene, and searched for the suspect, who had already left the area.

Detectives reviewed video footage from Pisgah United Methodist Church. A photo of the suspect and a vehicle were obtained. The vehicle was a 2010 or 2011 teal Toyota Camry. Photos of the vehicle and the suspect were posted on the Facebook pages for the Iredell and Alexander county sheriff’s offices. Information provided by witnesses helped to identify the suspect in the video as Corey Allan Richardson of Wilkes County. A warrant for his arrest was issued.

Richardson was served with that warrant on April 13. He was jailed in the Wilkes Co. Detention Facility and given a $15,000 secured bond. He’ll appear in Iredell County District Court on April 28.

Richardson has a criminal history that includes felony convictions for attempted possession of a firearm by felon and multiple counts of breaking & entering and possession with intent to manufacture, sell, or deliver a schedule II controlled substance. He also has misdemeanor convictions for possession of a deer taken in closed season, simple worthless check, common law forgery, possession of drug paraphernalia, receiving stolen goods, larceny, fraudulent disposal of mortgage property, shoplifting with concealment of goods, and defrauding a drug or alcohol screening, along with multiple counts of fleeing to elude arrest and driving while impaired.