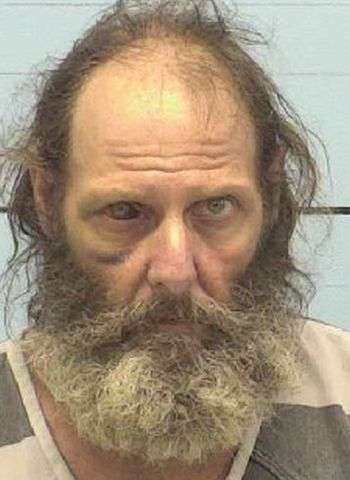 55-year-old Keith Wayne Sumlin, who is listed as a homeless person, has been arrested by Burke County Sheriff’s Officers on a charge of assault with a deadly weapon inflicting serious injury.

Events leading to Sumlin’s arrest began at about five in the morning on the Fourth of July as the Sheriff’s Office responded to a reported kidnapping and assault call at an address on Cedar Street in Connelly Springs. Deputies were told there had been an altercation involving a female and three males in the woods near the Cedar Street address. Drug use was reportedly a factor. Officers were told that the female was held against her will at gunpoint for several hours.

The initial investigation revealed that Keith Wayne Sumlin allegedly shot a male victim with a shotgun, striking the victim in the head. The man was transported to a medical center by helicopter. No report on his condition is available.

Sumlin was arrested at the scene. He was jailed under a $150,000 secured bond. A first appearance in District Court was scheduled today (July 6) in Morganton with his next court date set for July 26. The investigation is ongoing.