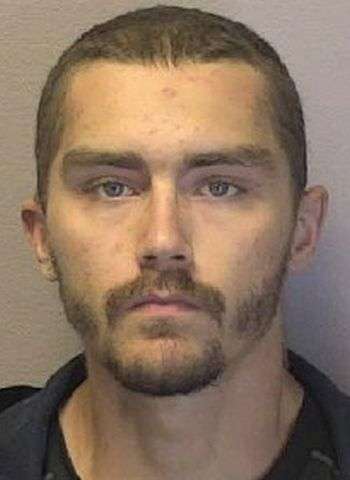 26-year-old Jackie Wayne Hicks, who is listed as a homeless person from Hickory, was arrested by Hickory Police at about 10:10 p.m. Sunday (September 5) on one felony count of receiving a financial transaction card that was known to have been lost or mislaid. The card in question was taken from the victim’s wallet after the wallet was stolen from her shopping cart. Hicks was also charged with resisting a public officer and twice failing to appear in court on counts of carrying a concealed weapon and possession of drug paraphernalia.

Hicks was taken into custody without incident at a residential address on Highway 70A East in Hildebran. He was placed in the Catawba County Detention Facility under a $16,000 secured bond. He remained in jail as of this afternoon (September 10). Hicks was scheduled to make a first appearance in District Court Tuesday (September 7) in Newton with additional court dates coming up on September 28 & 30 and October 11.

Man Convicted Of Sex Offense, Assault While Not In Court, Arrested Tuesday