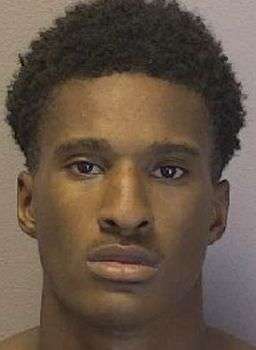 21-year-old Terrell Martese Williams, who is listed as a homeless person from Hickory, was arrested by Hickory Police at about 2:45 yesterday afternoon (October 6) for felony possession of a schedule II controlled substance and misdemeanor littering.

Williams was arrested after Hickory Police responded to a report of a suspicious person at a residence on 26th Avenue N.E. The subject rolled a cart into a wooded area. Officers detained Williams and found 0.4 grams of methamphetamine.

The suspect was taken into custody without incident and placed in the Catawba Co. Detention Facility under a $1,000 secured bond. An appearance in District Court was scheduled for October 12 in Newton.

38-year-old Joseph Thomas Choate of 11th Street N.W. in Hickory was served a bill of…