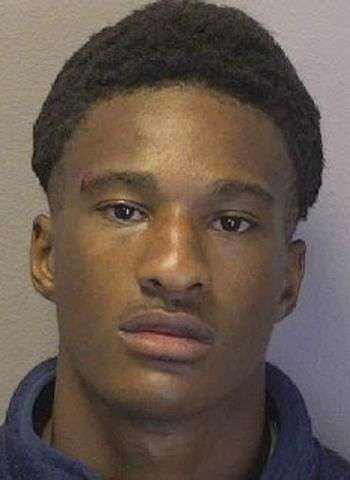 21-year-old Terrell Martese Williams, who is listed as a homeless person from Hickory, was arrested by Hickory Police early this morning (October 20) on one felony count of breaking & entering a motor vehicle and misdemeanor counts of larceny, carrying a concealed weapon, and resisting, delaying, or obstructing a public officer.

He was arrested after Hickory Police responded to a call regarding a suspicious person yelling at workers at a building supply company on 16th Street N.E. in Hickory. Officers arrived on the scene and located the suspect, Terrell Martese Williams. Williams had broken into a vehicle prior before Officers arrived. During the arrest, a knife was found on Williams’ person.

Williams was taken into custody without incident at about 1 a.m. today and placed in the Catawba Co. Detention Facility. His bond was set at $3,000, secured. He was scheduled to make a first appearance in District Court today in Newton.