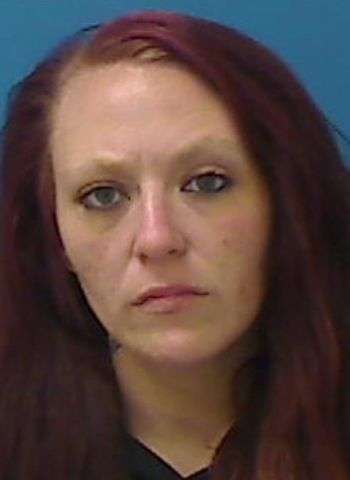 29-year-old Katie Michelle Melton, who is listed as a homeless person from Charlotte, was arrested early Thursday morning (December 2) by Hickory Police on two felony counts each of breaking & entering and larceny after breaking & entering, along with one felony count of fleeing to elude arrest with a motor vehicle. She was also charged with reckless driving to endanger, driving while license revoked, driving left of center, and fictitious or altered title, registration card, or tag. The B&E and larceny warrants were issued in July of this year.

Melton was reportedly involved in a chase that went through Ellendale and involved Alexander County Deputies, Hickory Police, and the N.C. State Highway Patrol. Melton made a turn off of Highway 127 onto a dead-end road where Deputies placed stop-sticks that flattened her tires.

Melton was taken into custody at 2:40 a.m. Thursday and jailed in the Catawba County Detention Facility with bond set at $18,500, secured. She remained in jail as of Friday morning. An appearance in District Court is coming up on December 16.

“Fall Back” This Weekend, Set Clocks Back Sunday

We return to Eastern Standard Time this weekend. At 2 a.m. Sunday the clocks go…