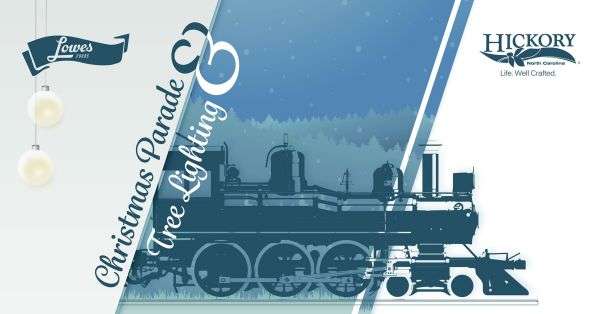 The City of Hickory’s annual Lowes Foods Christmas Parade & Tree Lighting is this evening (November 19). The parade will take place in downtown Hickory.

A special procession of the Fallen Heroes ministry to honor fallen soldiers from North Carolina will begin at 5:45 p.m., and the parade of floats and participants will immediately follow.

At the conclusion of the parade, Santa’s float will stop at Union Square so he can light the Christmas tree in Downtown Hickory. Holiday music by Hickory Music Factory will be performed until 8:30 p.m.

Although Santa will be departing for the North Pole after the tree lighting, the Snow Queens of Once Upon A Time Entertainment at The Studio will offer socially distanced photos from inside their winter wonderland snow globe on Union Square.