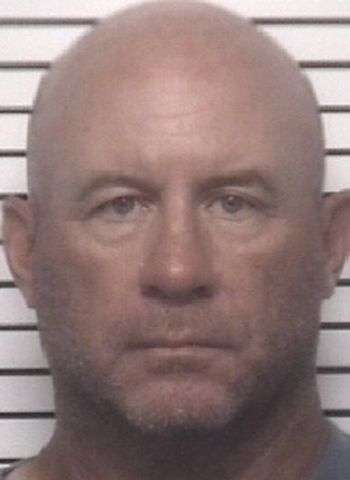 Investigators immediately responded to the school. They took statements from various individuals who had learned of the voicemail. The investigators obtained search warrants for Strahan’s social media outlets and telephone records. School officials were notified of the allegations concerning Strahan, who was the head coach for the Lake Norman High School Softball Team. Strahan is not a teacher at Lake Norman High School.

Special Victims Unit Investigators returned to Lake Norman High School Wednesday, where they obtained additional information regarding this case. Based on the evidence gathered by investigators, a felony arrest warrant for Thomas Patrick Strahan was applied for by the investigators.

Strahan was arrested by deputies Wednesday afternoon and taken to the Iredell County Detention Center, where bond was set at $50,000 secured. He is not listed as an inmate in Iredell County today (May 19). A District Court appearance was scheduled today. The investigation is ongoing, and additional charges are anticipated.

33-year-old Casey Lee Little, who is listed as a homeless person from Hickory, was arrested…