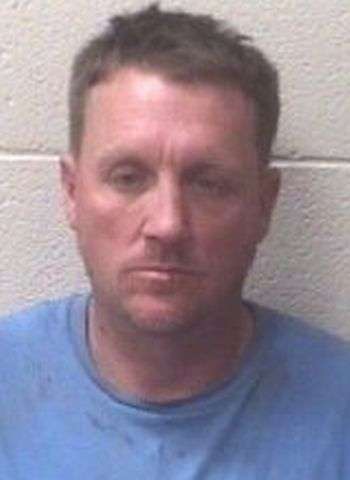 In addition, Bryan is charged with two misdemeanor counts apiece of possession of drug paraphernalia, and resisting a public officer. He’s also charged with multiple traffic citations including speeding, reckless driving with wanton disregard, driving left of center, and failure to stop for a stop sign or flashing red light.

State Highway Patrol and Alexander County Sheriff’s Deputies took Bryan into custody Saturday evening. Officers pursued his vehicle after spotting it traveling in excess of 100 miles-per-hour on Highway 90 near Hiddenite. The chase went onto Lentz Road, Highway 64-90, and then back on to Lentz Road where Bryan lost control and crashed into a field. He fled the wreckage and hid in a wooded area before being spotted and taken into custody.

Bryan was placed in the Alexander County Detention Center under $20,000 secured bond. He remained in jail as of earlier today (March 17). He made a first appearance in court Monday (March 15). Upcoming District Court dates are scheduled for March 29 and May 10.