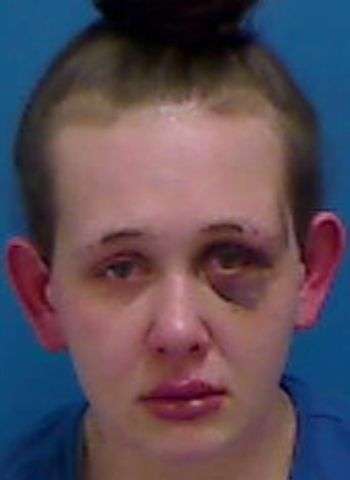 24-year-old Haley Odessa Godshall of Hickory, was given an active prison sentence of four to seven years following her conviction for involuntary manslaughter and other offenses. The sentence was imposed after Godshall entered a guilty plea during Catawba County Superior Court on Tuesday (September 20).

In addition to the manslaughter charge, Godshall also entered guilty pleas to five counts of habitual larceny, one count of possession of a schedule I controlled substance and one count of possession of a schedule II controlled substance. The Honorable Karen Eady-Williams, Superior Court Judge from Mecklenburg County, imposed the prison term. Godshall received the maximum sentence allowed for involuntary manslaughter based on her prior record level.

The victim was a 16-month-old toddler that Godshall and a co-defendant were babysitting on November 7, 2021, while they were using methamphetamine and fentanyl. Investigation showed that the two defendants had been using meth prior to picking up the child and that he was in the bed asleep between Godshall and the co-defendant. Godshall took out fentanyl and began passing it to the co-defendant near the child. The toddler subsequently ingested a lethal amount of fentanyl.

The child was taken to the hospital by Godshall and the co-defendant but eventually died later that same day. The autopsy result from Wake Forest Baptist Regional Medical Center in Winston-Salem showed that the boy’s cause of death was the toxic effects of fentanyl.