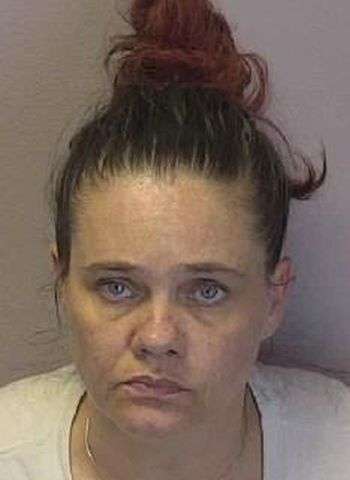 45-year-old Angela Hope Bennett of 7th Avenue Court S.E. in Hickory was arrested by Hickory Police early last Saturday morning (March 26) on multiple felony and misdemeanor counts of failure to appear. She reportedly failed to appear in court on a charge of felony possession of cocaine and misdemeanor counts of driving while license revoked (two counts), speeding, and operating a vehicle with no insurance. Bennett also failed to appear on felony and misdemeanor probation violations. Bennett is on probation as she serves an 18-month suspended sentence following an April 2021 conviction in Catawba County for felony possession of a schedule II controlled substance.

The suspect was taken into custody without incident at about 12:35 a.m. Saturday at the intersection of 1st Street S.E. and 4th Avenue S.E. in Hickory. Bennett was jailed in the Catawba County Detention Facility with bond set at $52,000, secured. She remained in jail as of this morning (March 30). District Court appearances were scheduled today in Iredell County and on June 8 in Gaston County with a Superior Court date coming up on April 4 in Newton.