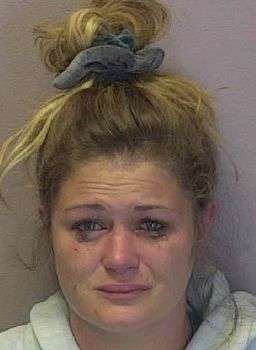 Lindsay was arrested in connection to an incident on September 19 when Police responded to a break-in on Highland Avenue S.E. Lindsay was identified as the suspect and a warrant for her arrest was issued.

Lindsay was taken into custody without incident just before 2 a.m. Sunday at a convenience store on Springs Road N.E. in Hickory. She was placed in the Catawba Co. Detention Facility under a $5,000 secured bond. A first appearance in District Court was scheduled yesterday in Newton with her next court date coming up on October 12.