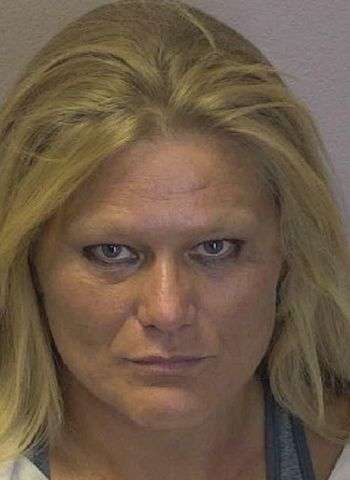 43-year-old Krystal Dawn Perkins of 14th Street S.E. in Hickory was arrested by Hickory Police Tuesday afternoon (January 4) for felony possession of a schedule II controlled substance (methamphetamine). She also faces misdemeanor counts of possession of drug paraphernalia and possession of stolen goods or property. The drug and paraphernalia charges are from Catawba County and the stolen property charge is from Caldwell County.

Perkins was taken into custody without incident at 2:30 p.m. Tuesday. She was placed in the Catawba County Detention Facility with bond set at $8,000, secured. She has since been released. A first appearance in District Court was scheduled Wednesday (January 5) in Newton. Additional court dates are coming up on January 26 in Newton and on January 27 in Lenoir.