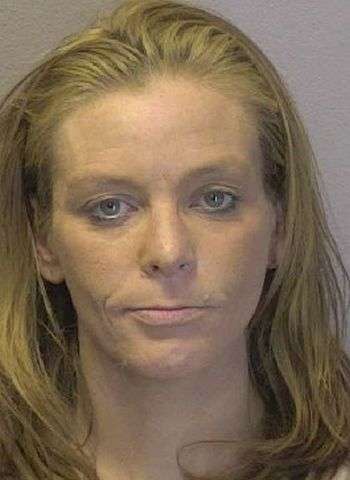 33-year-old Kristin Leigh Werth of 2nd Avenue S.W. in Hickory was arrested by Hickory Police last Wednesday evening (December 29) on several outstanding felony and misdemeanor warrants. She was wanted for two felony probation violations and two misdemeanor counts of driving while license revoked. The warrants were issued in October, November, and December of last year.

Werth is on probation as she serves a 30-month suspended sentence following a May 2021 conviction in Iredell County for felony possession of a schedule II controlled substance. She’s also serving an 18-month suspended sentence following a June 2021 conviction in Alexander County for misdemeanor obstruction of justice. She was listed as an absconder from probation.

Werth was taken into custody without incident at about 7:30 p.m. on December 29 at a shopping center on Springs Road N.E. in Hickory. She was taken to the Catawba County Detention Facility under an $8,000 secured bond and was then transferred to the Iredell County Detention Facility where she remained as of December 30. A District Court date was scheduled yesterday (January 4) in Statesville with another court date coming up on February 9.