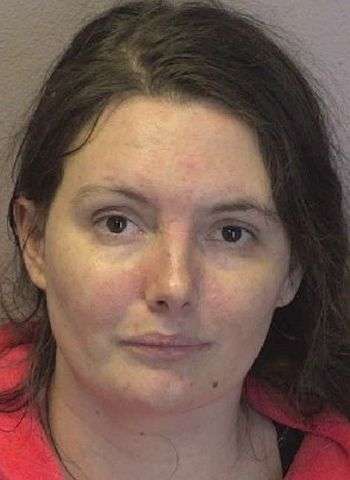 25-year-old Shannon Nicole Hillaker of 14th Avenue N.W. in Hickory was arrested by Hickory Police early this morning (December 11) on one felony count of possession of a schedule II controlled substance and misdemeanor possession of drug paraphernalia. She was also served with warrants for two out-of-county probation violations, one felony and one misdemeanor.

She was arrested after Hickory Police executed a search warrant late last night at 1125 13th Avenue Drive S.E. in Hickory. Methamphetamine and drug paraphernalia was located and seized during the search. The probation violations stem from convictions in Washington County, N.C. In July 2018, Hillaker was convicted of felony possession of a schedule II controlled substance and in May 2016, she was convicted of D.W.I. level two. She had been listed as an absconder from probation.

Hillaker was taken into custody without incident at about 12:20 a.m. today and jailed in the Catawba Co. Detention Facility with bond set at $6,700, secured. A first appearance in District Court was scheduled today in Newton.