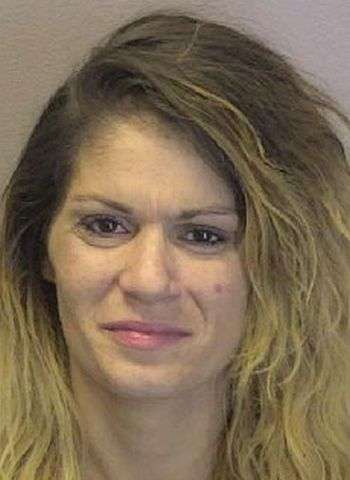 32-year-old Andrea Blaj of 3rd Avenue Drive S.E. in Hickory was arrested by Hickory Police at about 1:20 yesterday afternoon (October 12) on one felony count of possession of a schedule II controlled substance and one misdemeanor count of failure to appear.

She was arrested after Hickory Police responded to reports of a sick or injured person at the intersection of 12th Avenue N.E. and 20th Street N.E. Officers located the subject vehicle at an apartment on 20th Street N.E. Blaj was found with the vehicle. She was served an outstanding failure to appear warrant for cruelty to animals. During the arrest, Officers found 0.9 grams of cocaine in a clear plastic baggie.

Blaj was taken into custody without incident. She was placed in the Catawba Co. Detention Facility under a $5,800 secured bond. Appearances in District Court were set for November 10 & 16 in Newton.

46 new cases of COVID-19 have been confirmed today (October 24) in Catawba County, lifting…

Because contact tracing for COVID-19 is ongoing, Catawba County Public Health is asking citizens to…

Two Arrested in Hickory; One on Fugitive Warrant & One on Meth Charge