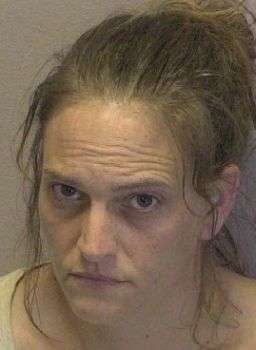 37-year-old Jessica Dawn Hefner of 12th Street N.E. in Hickory was arrested by Hickory Police at 8 a.m. yesterday (September 17) on one felony count each of larceny of a dog, trafficking in opium or heroin, and the sale of a schedule II controlled substance. Her arrest was the result of a narcotics investigation. The warrant for larceny of a dog was issued on September 8 and the drug warrants were issued Wednesday (September 16).

Hefner was taken into custody without incident at her residence. She was placed in the Catawba Co. Detention Facility under an $82,000 secured bond. She was no longer listed as an inmate as of this afternoon. A first appearance in District Court was scheduled today in Newton.