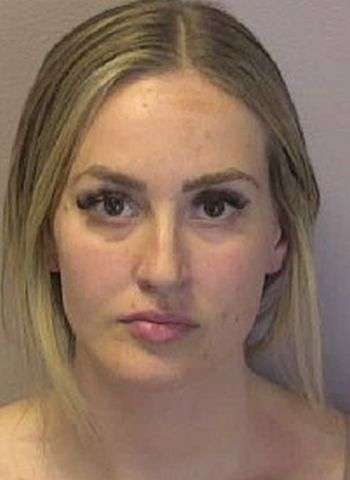 31-year-old Elizabeth Nicole Pearson of 7th Street S.W. in Hickory was arrested by Hickory Police last Friday (May 20) on felony counts of fleeing to elude arrest with a motor vehicle and possession with intent to manufacture, sell, or deliver a schedule VI controlled substance (marijuana). She was also charged with misdemeanor counts of possession of drug paraphernalia and maintaining a vehicle, dwelling, or place for a controlled substance.

Pearson was taken into custody after a vehicle and foot pursuit ended at the intersection of 7th Avenue S.W. and 7th Street S.W. in Hickory. She was jailed in the Catawba County Detention Facility under an $8,500 secured bond. She is no longer listed as an inmate in Catawba County. A first appearance in District Court was scheduled last Friday in Newton with another court date set for June 9.

Pearson also has a June 28 District Court date scheduled in Catawba County for trafficking cocaine, trafficking marijuana, trafficking opium or heroin, and possession with intent to manufacture, sell, or deliver synthetic cannabinoids, along with other felony and misdemeanor drug charges. Those charges were filed following a March 4 traffic stop on 11th Street Circle N.W. in Hickory.