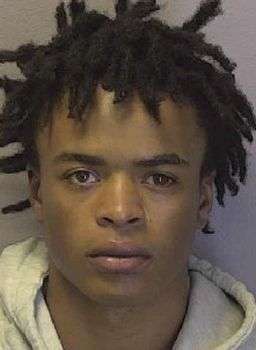 19-year-old Alex Lee Lineberger, Jr. was arrested by Hickory Police at about ten o’clock last night (September 27) on felony counts of possession of a schedule II controlled substance and possession with intent to manufacture, sell, or deliver marijuana.

Events leading to his arrest began as Hickory Police saw a vehicle leave the area of Blue Ridge Heights at a high rate of speed after several gunshots were heard. An investigative stop was conducted The passenger in the vehicle, Lineberger, was taken into custody without incident after Officers found 93.8 grams of marijuana, 2.3 grams of cocaine, 51.3 grams of an unknown white substance, counterfeit currency, and an empty 9mm shell casing. No weapons were found.

Lineberger was placed in the Catawba Co. Detention Facility under a $2,000 secured bond. A first appearance in District Court was scheduled today in Newton.

According to the City of Hickory, over the next few weeks, city contractors will work…