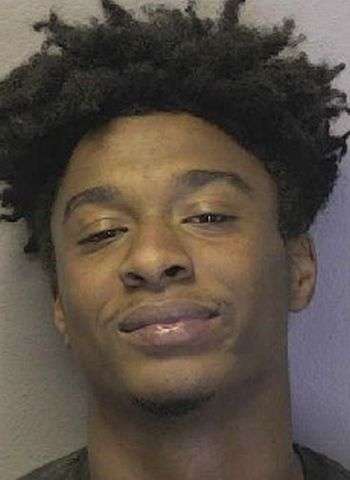 18-year-old Tyon Shamar Turner of R&S Circle in Hickory was arrested by Hickory Police shortly after 2 p.m. Monday (September 27) on a felony warrant for possession of a firearm by a felon. The warrant was issued in Burke County.

Turner was taken into custody without incident at his residence. He was taken to the Catawba County Detention Facility with bond set at $50,000, secured. He has since been moved to the Burke County jail where he is being held without bond on a felony probation violation. Bond remains at $50,000 on the firearms charge. District Court appearances were scheduled in Morganton today (September 30) and on November 1, with a Superior Court date on the probation violation coming up on November 8.

Turner was previously arrested in Hickory on a Burke County firearms charge on August 23, as reported by WHKY on August 30. He is on probation as he serves a 36-month suspended sentence following a May 2021 felony conviction in Catawba County for discharging a firearm into occupied property.

At about 9:15 last night (August 25), Hickory Firefighters were dispatched to a structure fire…