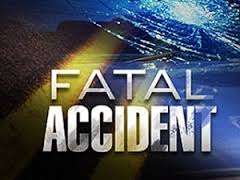 A Hickory man was among two people killed in a crash over the weekend in Asheville. According to published reports out of Asheville, the collision happened at about 11:30 p.m. Saturday on Interstate 40 east between Brevard Road and Hendersonville Road.

According to the reports, Asheville police said the driver of the vehicle traveling in the wrong direction, 47-year-old Joseph Wesley Hyatt of Hickory, died at the scene. The second driver, 19-year-old Blake Daniel Banks of Asheville, passed away at Mission Hospital.

The collision remains under investigation by the APD’s Traffic Safety Unit. While officers were investigating that crash, a vehicle traveling east on I-40 ran into the driver side door of a marked Asheville Police vehicle at a high rate. The impact caused the vehicle to spin around and hit the rear of another police vehicle.

The driver of that vehicle, a Tennessee woman, was charged with driving while intoxicated. She was taken to Mission Hospital with non-life-threatening injuries.

Two Suspects Charged, One Apprehended After Barricading Himself In Home