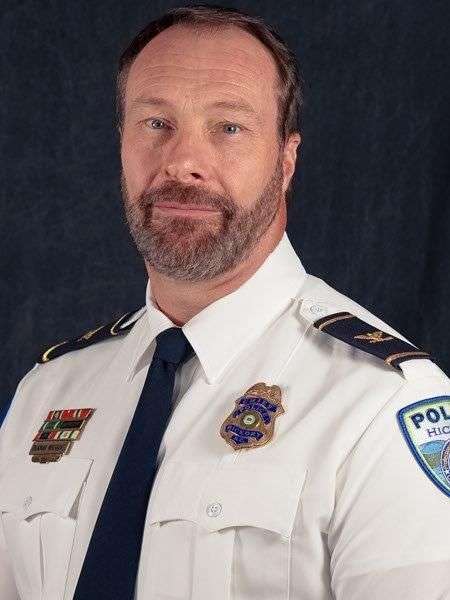 After 30 years of service, Hickory Chief of Police Thurman Whisnant announced that he will retire on January 31, 2023.

Whisnant was appointed by former City Manager Mick Berry as City of Hickory’s Chief of Police on July 1, 2016, after 22 years of experience with H.P.D. He began his career with the department in 1993 as an intern through Appalachian State University and was sworn in as a Police Officer in May of 1994. During his tenure, Whisnant served in various roles and was promoted through the ranks, serving as the Division Commander in each of the three departmental divisions (Patrol, Criminal Investigations, and Support Services) and Deputy Chief of Police before his appointment as Chief of Police. As Chief of Police, Whisnant had 122 sworn officers and 35 civilians under his command.

Chief Whisnant received his Bachelor of Science degree from Appalachian State in 1993. In 2007, he was nominated and selected to attend the prestigious F.B.I. National Academy in Quantico, Virginia. He has maintained active memberships in several key professional associations, including the International Association of Chiefs of Police, Police Executive Research Forum, and the F.B.I. National Academy Association. He currently serves as a Regional Director for the North Carolina Association of Chiefs of Police, representing ten Western North Carolina counties.

Chief Whisnant has continued to focus departmental efforts into the philosophy of community policing by building partnerships and trust in the community, utilizing innovative strategies to solve problems, focusing on Officer wellness, and expanding recruitment and retention efforts. Chief Whisnant’s tenure included the creation of the Law Enforcement Assisted Diversion (L.E.A.D.) program (an opioid addiction diversion program), implementation of the A.B.L.E. program, which provides Officers with intervention and de-escalation skills, the opening of a Training Annex facility with a virtual reality scenario-based training simulator for Officer safety, becoming the first agency in North Carolina to implement the Blue Courage program for Officer wellness and resiliency, the creation of H.P.D.’s first formalized chaplaincy program, the addition of a departmental Community Navigator to address issues related to homelessness, and the creation of the state’s first Law Enforcement Apprenticeship Program for local students.

According to information released by H.P.D., Hickory has continued to experience some of the lowest crime index rates in recent history, with record-setting years in 2019, 2020, and 2021, which had the lowest numbers of indexed crimes since 1995.

During his career, Chief Whisnant has been heavily involved in supporting the N.C. Law Enforcement Torch Run for Special Olympics by organizing and participating in various supportive fundraising events. In 2012, he was chosen to represent all of North Carolina Law Enforcement by carrying the torch to light the cauldron to open the Special Olympics World Winter Games in Pyeongchang, South Korea. He is a graduate of the Leadership Catawba program and has served on the boards of Exodus Homes and The Children’s Advocacy & Protection Center. He served six years as the liaison for the Hickory Community Relations Council and is also active in the Hickory Racial Justice & Reconciliation Discussion Group.