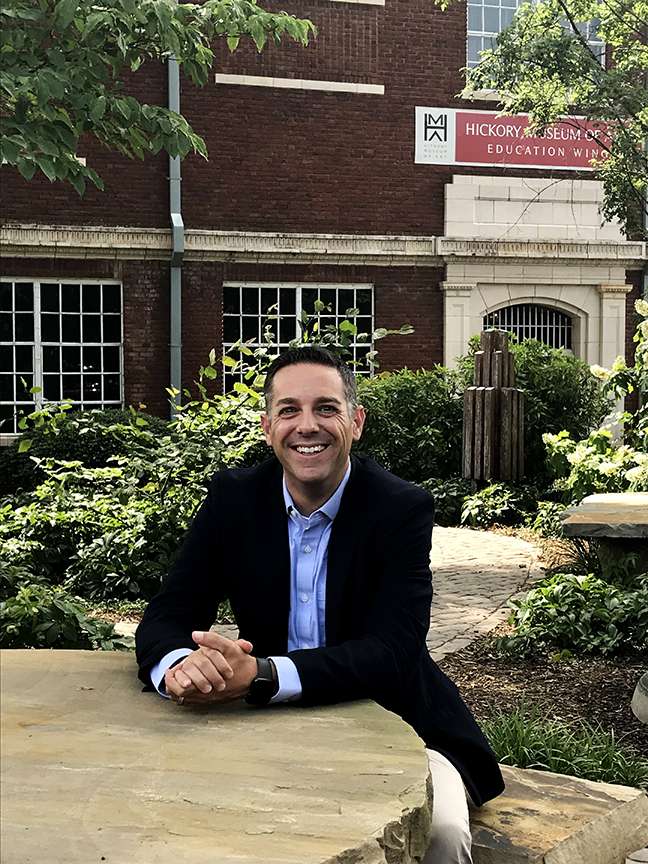 The Hickory Museum of Art (HMA) announced that Jon Carfagno, Executive Director, has accepted a position in Mobile, Alabama, as the Executive Director of Mobile Museum of Art (MMofA). He will depart HMA effective January 14, 2023. Mobile Museum of Art is a city and county-supported institution in the heart of Alabama’s fourth largest city of 190,000 people. MMofA is accredited by the American Alliance of Museums and its 95,000 square feet is four times larger than HMA.

Mr. Carfagno joined Hickory Museum of Art as the institution’s fifth Executive Director in April 2017. He has steered the museum’s growth and evolution by collaborating with the HMA team, Board, and volunteers to implement the HMA’s strategic plans, which has helped the institution exceed its financial and programming goals. Mr. Carfagno holds a Master of Arts in Art History from the University of Massachusetts and completed Kendall College of Art & Design’s MBA Certificate Program in Design & Innovation Management. His familiarity and expertise in programmatic development, community engagement, and strategic thinking were instrumental in building partnerships and connecting new audiences with Hickory Museum of Art.

During Mr. Carfagno’s tenure, the Hickory Museum of Art presented exhibitions such as “A Grand Vision: Elliott Daingerfield Paints Grandfather Mountain and the Grand Canyon,” “Juan Logan: Creating and Collecting,” and the current installation, “Mel Chin: SEA to SEE,” on loan from The Mint Museum. In 2018, “BlowUp: Inflatable Contemporary Art” brought artwork of a form and size unlike Hickory had ever seen. The museum experienced record-breaking attendance with its “Works by Warhol” exhibition in the first half of 2021. Mr. Carfagno also led the museum in expanding the scope, representation, and diversity of the Collection through the purchases and acquisitions of artworks by Jeffrey Gibson, Susanna Allen Hunter, and a premier work by Juan Logan.