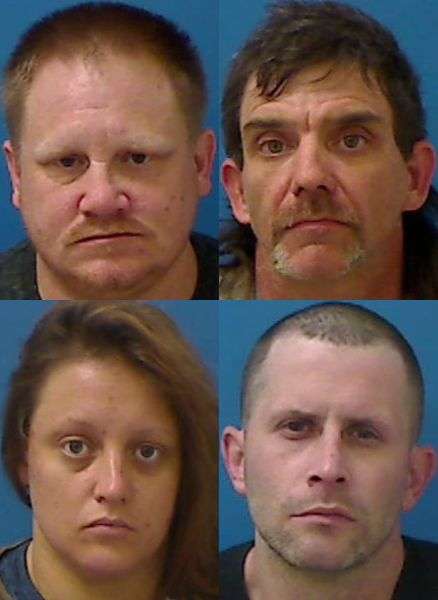 46-year-old Charles Ray Hildebran of Hickory, 47-year-old Phillip Anthony Godfrey of Newton, 34-year-old Britton Nicole Metcalf of Morganton, and 36-year-old Billy Dean Potter of Hickory, have all been indicted in a federal drug case. They were all indicted on charges of conspiracy to traffic methamphetamine and possession with intent to distribute meth. They’re also charged with firearms offenses. 52-year-old Jeffrey ben Pavkovich of Gainesville, Georgia, has also been indicted in connection to this alleged conspiracy.

According to information released by the Catawba County Sheriff’s Office, a joint investigation conducted by local, state and federal law enforcement agencies dismantled a narcotics trafficking network that was reportedly responsible for the distribution of meth in the Catawba Valley. During the course of the investigation law enforcement seized 20 illegal firearms, multiple kilograms of Methamphetamine and more than $100,000 in U.S. Currency. All of the defendants are in federal custody at this time.