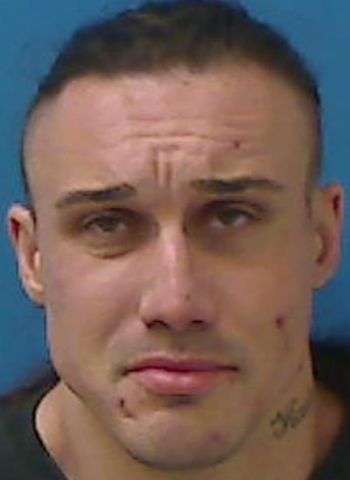 A Hickory man has been sentenced to nearly 20 years in prison in a federal drug trafficking and firearms case. 32-year-old Koby Dale Tevepaugh was sentenced Wednesday (June 29) by U.S. District Judge Kenneth D. Bell to 235 months, or 19 years, seven months in prison followed by five years of supervised release. The announcement was made by Dena J. King, U.S. Attorney for the Western District of North Carolina.

According to filed documents and court proceedings, between September and November 2021, Tevepaugh trafficked large amounts of methamphetamine in and around Catawba County. On November 10, 2021, Tevepaugh shot a firearm at a neighbor and proceeded to barricade himself in his home. Court records show that Tevepaugh eventually surrendered to law enforcement.

Upon his surrender, law enforcement seized from Tevepaugh’s residence four kilograms of methamphetamine, $189,270 in cash, and five firearms. Over the course of the investigation, law enforcement seized an additional $22,465 in drug proceeds. Tevepaugh has multiple prior convictions for Breaking and Entering, First Degree Burglary, and felony drug offenses, which resulted in an increased sentence.

Tevepaugh previously pleaded guilty to three counts of distribution of, and possession with intent to distribute, meth and possession of firearms by a convicted felon. As of earlier today he remained in federal custody at the Catawba County Detention Facility, he will be transferred to the custody of the federal Bureau of Prisons upon designation of a facility.

This case is the result of an Organized Crime Drug Enforcement Task Force (OCDETF) investigation which has led to the federal prosecution of more than 60 individuals for drug trafficking. Law enforcement have also seized more than 27 kilograms of cocaine, 3.5 kilograms of heroin, 29 kilograms of fentanyl, 49 kilograms of methamphetamine, 70 firearms, more than $385,000 in cash, and over $800,000 in other property.