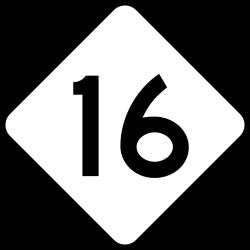 A man was killed and another person sustained critical injuries in a crash in Alexander County. On Tuesday (September 14) at approximately 1:35 p.m., the North Carolina State Highway Patrol responded to N.C. 16 near the Catawba County line. A 2002 Dodge Durango was traveling north on N.C. 16, crossed the centerline, and collided head-on with a southbound 1992 Toyota Camry.

The driver of the Dodge, a 51-year-old Claremont man, and passenger, a 24-year-old Conover man, were both injured and transported by EMS to Catawba Valley Medical Center with non-life-threatening injuries. The driver of the Toyota, 73-year-old Steve Ray Yoder of Hickory, passed away at the scene as a result of his injuries. A passenger in the Toyota, 73-year-old Linda Yoder of Hickory, was critically injured and transported to the hospital by medical helicopter.

All occupants were restrained by seatbelts and the initial investigation does not indicate impairment as a contributing factor. The roadway was closed for over two hours. Charges are pending the ongoing investigation and consultation with the Alexander County District Attorney’s Office.

One Arrested & One At-Large in Vehicle Theft Case