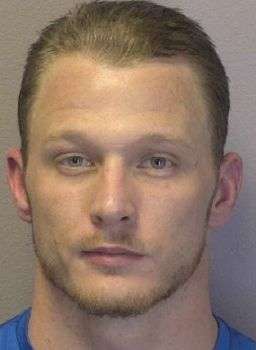 26-year-old Justin Dennis Lynch of 20th Street N.E. in Hickory was arrested by Hickory Police early this morning (August 19) on outstanding felony warrants. He faces charges for two felony probation violations and failure to appear in court on a felony larceny charge. He is also charged with failure to appear in drug recovery court.

Lynch was initially arrested in June 2019 for larceny from Home Depot. He is on probation as he serves a 36-month suspended sentence following an October 2019 conviction in Catawba County for larceny over $1,000, possession of stolen goods, obtaining property by false pretense, and larceny of a motor vehicle.

Lynch was taken into custody without incident at about 3:45 a.m. today on Springs Road N.E. He was jailed in the Catawba Co. Detention Facility with bond set at $52,500, secured. Superior Court appearances were scheduled for August 24 & 28.