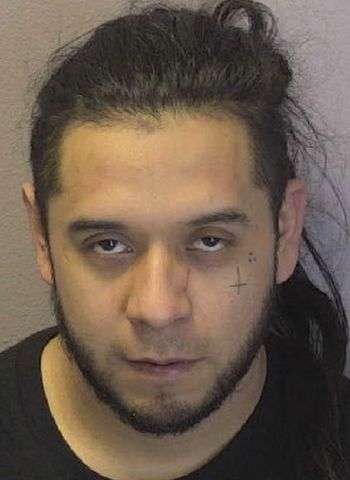 29-year-old Geovanny Jesus Acosta of 25th Avenue N.E. in Hickory was arrested by Hickory Police at about 9:20 Wednesday night (February 10) on one felony count of possession of a firearm by a felon, along with misdemeanor counts of assault with a deadly weapon and second-degree trespassing.

Events leading to the arrest began when Police responded to a domestic disturbance involving two subjects who had been engaged in a physical altercation at a hotel on Highway 70 S.W. in Hickory. After Officers arrived, Acosta returned to the hotel where he was taken into custody without incident.

The suspect was jailed in the Catawba Co. Detention Facility with bond set at $17,500, secured. A first appearance in District Court was scheduled yesterday (February 11) in Newton with another court date coming up on March 4.

40-year-old Douglas Sidney Reid, Jr., who is listed as a homeless person from Hickory, was…