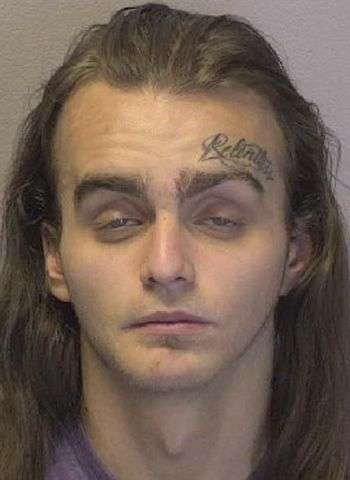 25-year-old Rodney Tyler York of Main Avenue S.W. in Hickory was arrested by Hickory Police last Wednesday (October 6) on misdemeanor counts of simple possession of a schedule IV controlled substance, possession of marijuana up to half-an-ounce, and resisting, delaying, or obstructing a public officer. He was also served with felony and misdemeanor warrants dating back to June of this year. Those include charges for assault with a deadly weapon and two domestic violence protective order violations, one involving a deadly weapon.

York was taken into custody without incident just after noon Wednesday at a fast-food restaurant on Highway 70 S.E. in Hickory. He was jailed in the Catawba County Detention Facility without bond. According to H.P.D.’s arrest report, no bond was given because York ran from the courthouse during his last court date and because of the domestic nature of the charges. He was given a $2,400 bond on the misdemeanor drug charges and a $5,000 bond on one of the D.V.P.O. violations. A Superior Court date on the assault charge was scheduled last Wednesday. District Court appearances are coming up on October 13, 18, & 25, all in Newton.