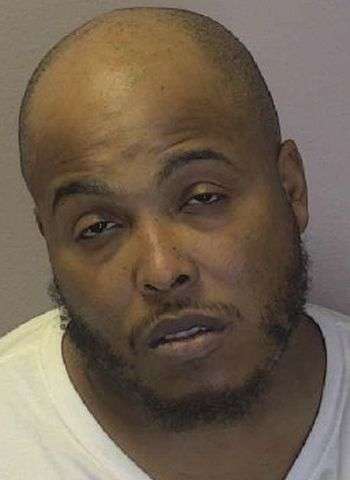 37-year-old Tron Tyrone Dixon Reid of 8th Avenue S.E. in Hickory was arrested by Hickory Police at about ten o’clock last night (October 14) on felony counts of trafficking in cocaine, speeding to elude arrest with two aggravating factors, and possession with intent to manufacture, sell, or deliver marijuana. He was also charged with misdemeanor resisting, delaying, or obstructing a public officer.

He was arrested after Officers attempted to conduct a traffic stop at the intersection of Highway 127 and South Center Street. The suspect fled in his vehicle to an apartment complex on 3rd Street S.E. where the driver exited the vehicle and ran. The suspect, Tron Reid, was detained near a different residence on 3rd Street S.E. During the arrest, Officers found 34 grams of crack cocaine, 271 grams of marijuana, and $1,320 in U.S. currency.

Reid was taken into custody without further incident and placed in the Catawba Co. Detention Facility under a $100,000 secured bond. He’ll make a first appearance in District Court tomorrow (October 16) in Newton.

28-year-old Josue Romero Martinez, who is listed as a homeless person from Hickory, was arrested…