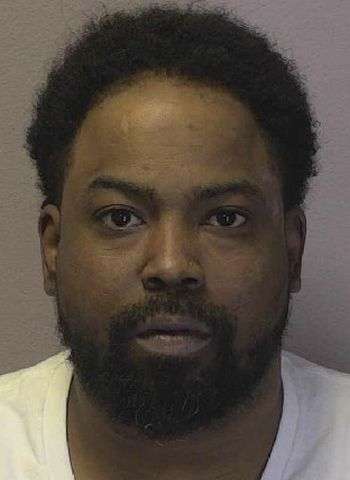 41-year-old Raymond Demarcus Poole of 6th Street S.E. in Hickory was arrested by Hickory Police shortly after 10 a.m. last Friday (February 26) on one felony count of common law robbery. He was also charged with felony counts of possession with intent to sell or deliver cocaine and possession of a firearm by a felon, along with a misdemeanor count of possession of drug paraphernalia.

Poole was arrested in connection to an incident on January 12 of this year. On that date, Police took a report regarding a robbery at the Sunny Valley apartment complex on 3rd Avenue S.E. in Hickory. During the investigation, Poole was identified as the suspect and a warrant for his arrest was issued on the same date. According to H.P.D.’s arrest report, Poole was in possession of a handgun at the time of his arrest. Narcotics Officers and A.T.F. Officers seized the weapon.

Poole was taken into custody without incident and placed in the Catawba Co. Detention Facility with bond set at $80,000, secured. A first appearance in District Court was scheduled yesterday (March 1) in Newton with another court date coming up on March 22.