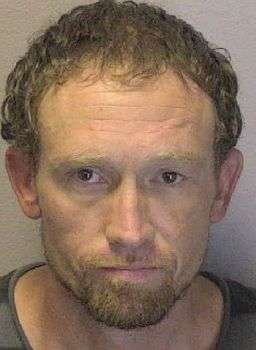 37-year-old Chad Anthony Bowman of 3rd Avenue Place S.E. in Hickory was arrested by Hickory Police at about 1:20 yesterday afternoon (August 19) for a felony probation violation. The warrant for his arrest was issued on August 14. Bowman is on probation as he serves a 24-month suspended sentence following a February 2020 felony conviction in Catawba County for possession of a schedule II controlled substance. He also has a March 2018 felony conviction in Caldwell County for breaking & entering and larceny.

Bowman was taken into custody without incident at an auto repair shop on Lenoir-Rhyne Boulevard S.E. He was jailed in the Catawba Co. Detention Facility under a $10,000 secured bond. An appearance in Superior Court was scheduled for August 24 in Lenoir.