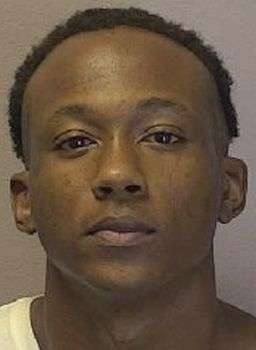 On October 3, Hickory Police saw James leaving the parking lot at the Red Roof Inn on Lenoir-Rhyne Boulevard S.E. Officers were aware that James had outstanding warrants. They stopped the vehicle and found 0.8 grams of marijuana, 0.2 grams of methamphetamine, a stolen handgun, and drug paraphernalia.

On September 17, James allegedly took a handgun from Hickory Pawn & Gun on U.S. Hwy 70 S.W. He is also accused of taking another handgun from the same business on September 29.

James was taken into custody without incident Saturday on the 200 block of 15th Street S.E. in Hickory. He was placed in the Catawba Co. Detention Facility where he is being held without bond. A first appearance in District Court was scheduled yesterday (October 5) in Newton with his next court date coming up on October 26.