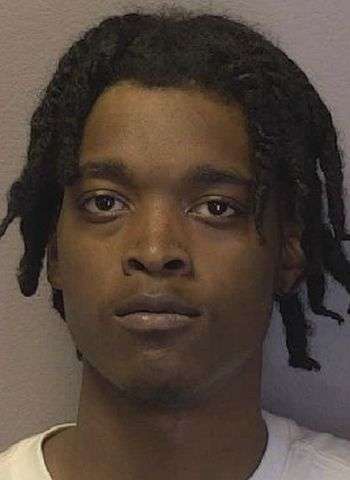 20-year-old Raequan Dayshon McCombs of Angel Lane in Troutman was arrested by Hickory Police shortly after ten o’clock Saturday night (April 24) on felony counts of possession with intent to manufacture, sell, or deliver a schedule VI controlled substance and maintaining a vehicle, dwelling, or place for a controlled substance. He was also charged with misdemeanor counts of possession of drug paraphernalia and carrying a concealed gun.

McCombs was arrested after Officers responded to reports of a suspicious vehicle at the Silver Springs Terrace Apartments on 20th Street N.E. in Hickory. During the investigation, Officers reportedly found 13 grams of marijuana, $1,162 in cash, a Glock 9mm handgun, and drug paraphernalia.

McCombs was taken into custody without incident. He was processed at the Hickory Police Department and then released under a $10,000 secured bond. A first appearance in District Court was scheduled yesterday (April 26) in Newton with his next court date coming up on May 17.