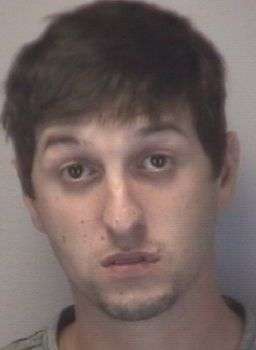 33-year-old Robert Allen Reid of 17th Avenue N.E. in Hickory was arrested by Hickory Police at 1:30 Monday afternoon (August 10) on one felony count each of forgery of bank notes and uttering a forged instrument.

He was arrested in connection to an incident on August 5. On that date, Hickory Police responded to a report of forgery & uttering at the State Employees Credit Union on 16th Street N.E. in Hickory. The victim’s check was stolen from her mailbox and allegedly cashed by the suspect.

Reid was taken into custody at an apartment on 17th Avenue N.E. in Hickory. He was placed in the Catawba Co. Detention Facility under a $5,000 secured bond. He has since been released. A first appearance in District Court was scheduled yesterday (August 11) in Newton.

Man Arrested In Connection To Robberies This Morning