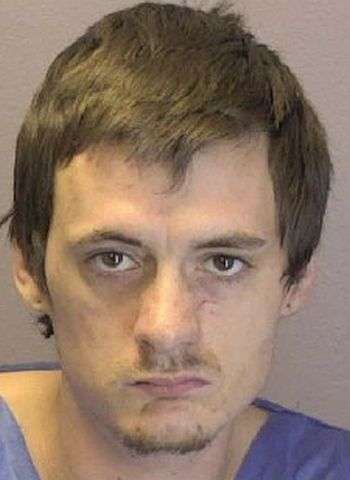 28-year-old Shawn Burton Ramsey of 21st Street Drive S.E. in Hickory was arrested by Hickory Police on Tuesday, October 12, on misdemeanor counts of assault on a female and breaking & entering a building. He was also served with felony and misdemeanor warrants for failure to appear. Those warrants were issued on September 20. Ramsey reportedly failed to appear in court for felony possession of heroin and misdemeanor possession of drug paraphernalia.

He was taken into custody without incident just after 3 p.m. on the 12th at Frye Regional Medical Center. Ramsey was placed in the Catawba County Detention Facility with bond set at $7,500, secured, on the failure to appear charges, plus a $1,500 cash bond on the B&E and assault charges. He remained in jail as of this morning (October 25). An appearance in District Court was scheduled today in Newton with a Superior Court date coming up on December 6.