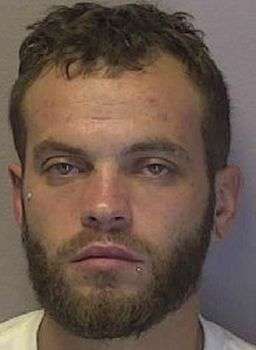 31-year-old Seth Dixon Stepp of 37th Street S.W. in Hickory was arrested by Hickory Police at about 9:30 Saturday night (August 29) on one felony count of possession of a stolen motor vehicle.

Stepp was arrested after Police responded to an apartment 14th Street N.W. in reference to a motor vehicle that was stolen from Burke County. Officers found Stepp on-site and took him into custody without incident.

The suspect was placed in the Catawba Co. Detention Facility under a $5,000 secured bond. He has since been released. Stepp was scheduled to make a first appearance in District Court today (August 31) in Newton.

13 new cases of COVID-19 were added today (August 10) in Catawba County, increasing the…

13 new cases of COVID-19 were added Monday (August 10) in Catawba County, increasing the…