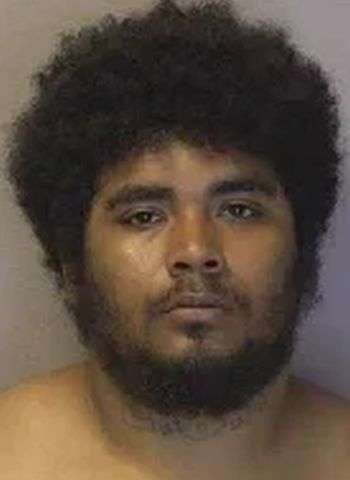 19-year-old Tamoje Daejouir Anderson of Hickory was arrested Friday (June 3) by Hickory Police Officers. He’s charged with felony assault with a deadly weapon with intent to kill inflicting serious injury. Anderson is charged in connection to a shooting last week at an apartment complex in Hickory during which he was one of three individuals injured. One of those people has died, according to an update released this morning (June 7) by the Hickory Police Department.

As WHKY previously reported, last Thursday (June 2) shortly before 6 p.m., Hickory Police Officers responded to the 800 Block of 1st Street SE after receiving 911 calls in reference to multiple gunshots being fired. Upon arrival, officers found an 18-year-old male lying on the sidewalk. He was found next to Hillside Garden Apartments injured from a gunshot wound to his head. The update issued today says that individual, Deveion Lasean Grayson, has died as a result of his injuries.

Officers also found a 22-year-old male lying in the grass next to the apartments, injured from a gunshot wound to his leg. Catawba County EMS responded and transported both individuals to local hospitals with what were reported at the time to be life-threatening injuries. During the initial investigation, Officers conducted a search of the area and found Anderson hiding inside a nearby apartment with multiple gunshot wounds. He was transported to a local hospital with non-life threatening injuries.

Anderson was arrested at his home Friday at approximately 8 p.m. Following the arrest, he was placed in the Catawba County Detention Facility under $80,000 secured bond. Anderson was not listed as an inmate in Catawba County as of earlier today. A District Court date was scheduled Monday (June 6). The Hickory Police Department says this is now a homicide investigation.

[Some information for this story and photo of suspect courtesy of Rick Gilbert, WACB]
Related Posts

A Lenoir woman was killed in a crash over the weekend in Caldwell County. The…