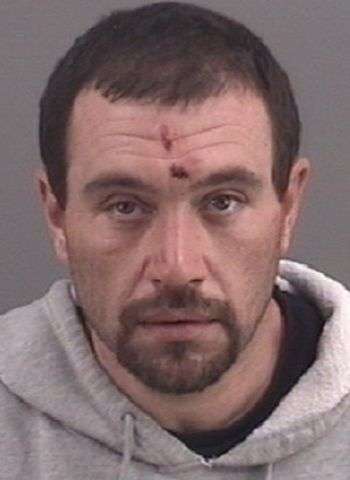 Shortly before 2 a.m. Tuesday, the Newton Police Department received a 911 call in reference to a man who had been shot at an address on North Hewitt Avenue in Newton. Upon arriving at the scene, officers found the victim, a 25-year-old man from Connelly Springs, suffering from a gunshot wound.

The victim was transported to Catawba Valley Medical Center by Catawba County EMS before being airlifted to Atrium Health in Charlotte. The victim was last reported to be in stable condition following surgery for his injuries.

During the initial investigation, officers identified Kenneth Lee Potter as the suspect in this case. At 3 p.m. Tuesday, investigators with the Newton Police Department, with the assistance of the Burke County Sheriff’s Office, arrested Potter at an address on Curleys Fish Camp Road in Connelly Springs.

Potter was transported to the Newton Police Department for processing before being taken before a magistrate where he was issued a $75,000 secured bond and placed in the Catawba County Detention Facility. He remained in jail as of earlier today (December 14). A District Court date was scheduled today.