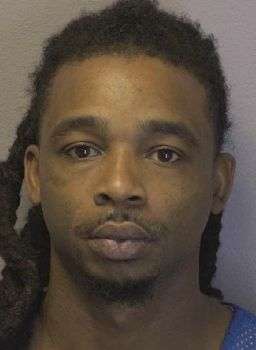 32-year-old Geno Marquis Jordan of 3rd Street S.E. in Hickory was arrested by Hickory Police at about 9:15 Friday morning (September 4) on one felony count each of robbery with firearms or other dangerous weapons, conspiracy to commit robbery with a dangerous weapon, and conspiracy to commit a felony. The complainant on H.P.D.’s arrest report is listed as the Cherokee Indian Police Department.

Jordan was taken into custody without incident at his residence. He was placed in the Catawba Co. Detention Facility with bond set at $80,000, secured. He was no longer listed as an inmate in Catawba County as of this morning (September 8). An appearance in District Court was scheduled today in Sylva, N.C.