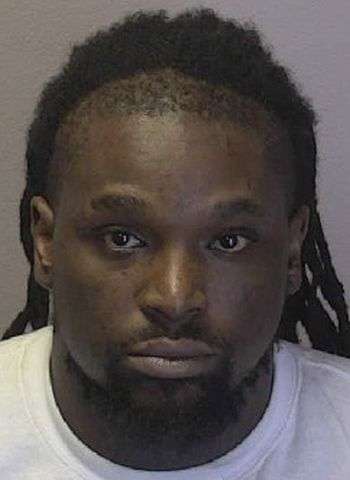 29-year-old Brannon Tyrek Beckham of 8th Avenue Drive S.W. in Hickory was arrested by Hickory Police Tuesday (August 31) on a number of outstanding felony and misdemeanor warrants. All the warrants were issued on July 27 of this year. Beckham was wanted for assault by strangulation, habitual misdemeanor assault, second-degree kidnapping (two counts), assault on a female, interfering with an electronic monitoring device, and injury to personal property. Those warrants are all from Mecklenburg County. He also faces felony failure to appear charges in Catawba County for larceny by employee and a probation violation. Beckham is on probation as he serves a 30-month suspended sentence following a June 2020 conviction in Catawba County for felony larceny by employee.

The suspect was taken into custody without incident at about 4:40 Tuesday afternoon at the Hickory Police Department. He was jailed in the Catawba County Detention Facility with bond set at $62,200, secured. Beckham will appear in District Court in Charlotte tomorrow (September 3) and on December 3. He has Superior Court dates in Charlotte on September 7 and in Newton on October 28.

Parkers Back In Catawba County, Indicted In Connection To January Murder

The two suspects in a fatal shooting in Hickory, who were apprehended in Arizona six…

Man Charged In Connection To String Of Recent Break-ins, Thefts