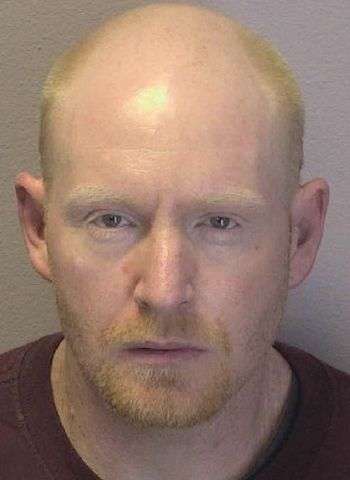 38-year-old Victor Eugene Leatherman of 14th Avenue S.W. in Hickory was arrested by Hickory Police at about 8:20 last night (November 17) on one felony count of possession of methamphetamine. He was also served with an outstanding warrant from July of this year for felony possession of heroin. In addition, Leatherman was charged with failure to appear in connection to an August 2018 case in which he was initially arrested on charges of possession with intent to manufacture, sell, or deliver methamphetamine; maintaining a vehicle, dwelling, or place for a controlled substance; and possession of drug paraphernalia. Leatherman also faces a child support charge.

The suspect was taken into custody without incident at a residence on 1st Avenue S.E. in Hickory. Leatherman was placed in the Catawba Co. Detention Facility under a $70,000 secured bond, plus a $1,000 bond on the child support charge. A first appearance in District Court was scheduled today in Newton with a Superior Court date coming up on January 4, 2021 and an appearance on the child support charge set for December 3.