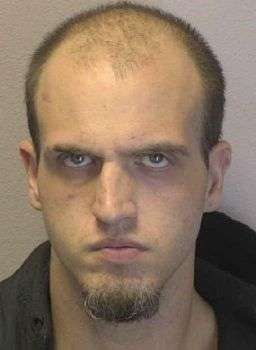 30-year-old Dallas Loyd Gragg of Snow Creek Road N.E. in Hickory was arrested by Hickory Police at 8:15 a.m. yesterday (September 17) on one felony count of possession of a firearm by a felon. The warrant for his arrest was issued Wednesday (September 16).

Gragg was taken into custody without incident at a residence on 18th Street N.E. in Hickory. He was jailed in the Catawba Co. Detention Facility under a $25,000 secured bond. A first appearance in District Court was scheduled today with his next court date coming up on October 6 in Newton.