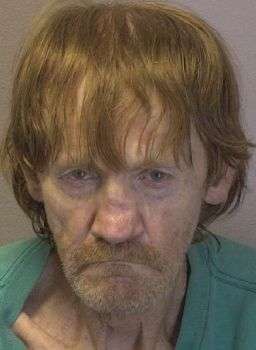 56-year-old Jimmy Dwayne Wilson of 27th Avenue N.E. in Hickory was arrested by Hickory Police at about 7:30 Sunday evening (August 23) for felony possession of a schedule II controlled substance and misdemeanor second-degree trespassing.

Wilson was arrested after Hickory Police responded to an alarm at an address on 13th Street Drive N.E. Wilson was found on the site where he was taken into custody without incident. Officers reportedly found 0.1 grams of methamhpetamine on Wilson’s person.

Following his arrest, Wilson was jailed in the Catawba Co. Detention Facility under a $5,000 secured bond. A first appearance in District Court was scheduled today (August 24) in Newton.