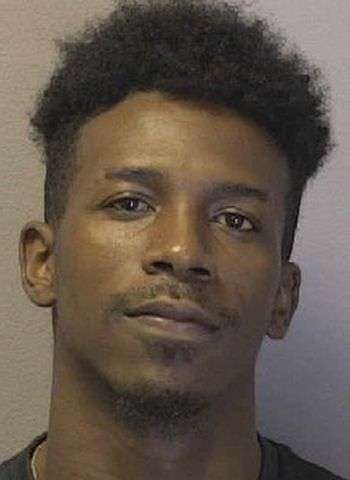 27-year-old Kei-Shea Waikese Sims of 3rd Avenue S.E. in Hickory was arrested by Hickory Police at about 4:35 Monday afternoon (March 22) on felony counts of possession with intent to manufacture, sell, or deliver a schedule VI controlled substance and maintaining a vehicle, dwelling, or place for a controlled substance. He was also charged with misdemeanor possession of drug paraphernalia.

He was arrested following a traffic stop at a business on Lenoir-Rhyne Boulevard S.E. in Hickory. Officers reportedly found 370 grams of marijuana, drug paraphernalia, and $2,450 in cash.

Sims was taken into custody without incident and placed in the Catawba Co. Detention Facility under a $5,000 secured bond. He has since been released. A first appearance in District Court was scheduled Tuesday (March 23) in Newton. Additional court dates were set for April 13 & 16.