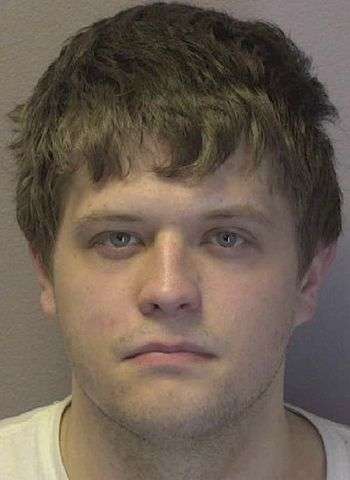 20-year-old Clayton Robert Cook of Christopher Court in Hickory was arrested by Hickory Police shortly after four o’clock Saturday afternoon (April 3) for felony possession of a schedule II controlled substance and misdemeanor possession of drug paraphernalia. He was also served an outstanding felony warrant out of Burke County for trafficking in heroin or opium. That warrant was issued on March 22.

Cook was taken into custody without incident at a business on Catawba Valley Boulevard S.E. in Hickory. He was placed in the Catawba Co. Detention Facility under a $55,000 secured bond. He is no longer listed as an inmate in Catawba or Burke counties. A first appearance in District Court was scheduled yesterday (April 5) in Newton with another Catawba County court date coming up on April 26. He’ll also appear in District Court Thursday (April 8) in Morganton.

Taylorsville Woman Arrested on Failure to Appear Charges from Wilmington

Hiddenite Woman Arrested in Hickory on Drug Charges from Iredell