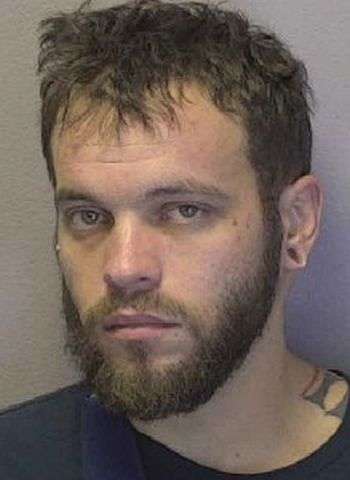 32-year-old Seth Dixon Stepp of 37th Street S.W. in Hickory was arrested by Hickory Police Wednesday (December 8) on four felony warrants. He was also charged with two misdemeanor probation violations. The warrants are in connection to drug recovery court. The charges are from Burke County. Stepp is on probation as he serves a 36-month suspended sentence following a September 2019 conviction in Catawba County for aiding & abetting larceny and other unspecified felonies. He had previously been arrested on September 22 on similar charges.

Stepp was taken into custody without incident at about 10:50 a.m. Wednesday at a fast-food restaurant on Highway 321 N.W. in Hickory. He was initially placed in the Catawba County Detention Facility with bond set at $20,000, secured. He has since been moved to the Burke County Jail with bond now set at $10,000. An appearance in District Court was scheduled for January 3, with a Superior Court date coming up on January 31, both in Morganton.