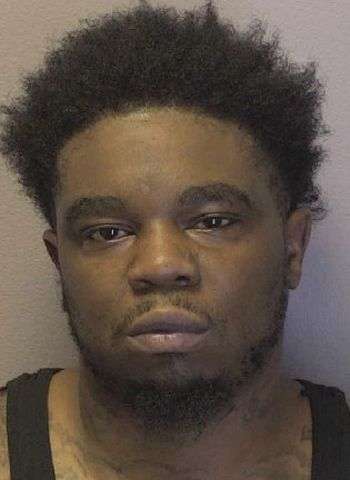 33-year-old Terry Nikita Johnson of 8th Avenue N.E. in Hickory was arrested by Hickory Police early this morning (December 18) on one felony count each of possession with intent to manufacture a schedule II controlled substance and possession of a firearm by a felon. He was also charged with misdemeanor possession of marijuana up to half an ounce, possession of drug paraphernalia, speeding to elude arrest with two aggravating factors, and resisting, delaying, or obstructing a public officer.

Events leading to his arrest began last night (December 17) as Hickory Police conducted a property check at a business on 12th Street N.E. after a suspicious person was seen on the property. Officers approached the subject’s vehicle. During the encounter, the suspect fled in the vehicle. Officers followed and stopped the vehicle in a residential neighborhood on 7th Street Drive S.E. During the stop, Officers found 10 grams of crack cocaine, 2.9 grams of marijuana, a handgun, and $440 in cash.

Johnson was taken into custody without incident at 12:22 a.m. today and placed in the Catawba Co. Detention Facility with bond set at $33,000, secured. A first appearance in District Court was scheduled today in Newton.