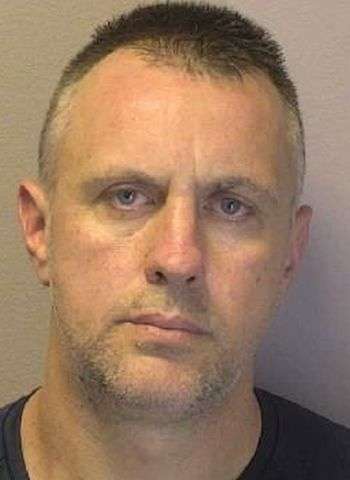 44-year-old Shane Allen Longshore of 11th Street S.W. in Hickory was arrested by Hickory Police last Thursday (May 19) on a pair of outstanding felony warrants. He was served with bills of indictment for breaking & entering, larceny after breaking & entering, and attempted breaking & entering. He was also arrested for twice failing to appear in court on two separate counts of larceny from a merchant by using an emergency exit door. The warrants were issued on April 12 & 22 in Burke and Catawba counties.

Longshore was taken into custody without incident at about 6:40 Thursday evening at the Valley Creek Apartment complex on 7th Avenue S.W. in Hickory. He was jailed in the Catawba County Detention Facility under an $85,000 secured bond. He remained in jail as of this morning (May 23). Longshore will appear in Superior Court on June 6 in Newton and on June 13 in Morganton.